Switch To A Different Campus

"Some people want it to happen, some wish it would happen, others make it happen.” 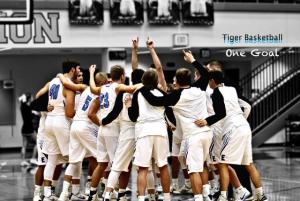 Members of the Eisenhower Tigers Basketball program will learn the importance of teamwork.  Together we will face the highest of expectations, both in the classroom and on the court.  We will treat each other with respect.  No team will ever be more prepared than the Eisenhower Tigers.  We will be intense, confident, and disciplined.  We will maintain a mind-set for defense – this is where basketball games are won and lost.

We will take pride in being a Eisenhower Tiger.